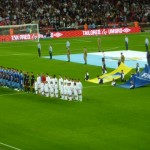 Season 2012/2013 – has seen Continental Star’s under 11s being given the opportunity to be sponsored by Lookers Vauxhall Yardley in Birmingham.  This sponsorship has been done through under 11s coach: Mark Judd – through the Vauxhall Youth Programme and mark is Co-ordinator for the Yardley site.  This has seen the lads being given a full new kit and an Umbro Match ball, plus many opportunities.

Recently, the club received tickets to the ladies England cup qualifier v Croatia. The under 11s and some of the under 9s were given VIP passes and had their photo taken at Walsall’s, Bescot Stadium on the pitch at half time.  This was circulated in the Vauxhall magazine across the country.  Owen Judd, Melanie and Mark’s son was given the opportunity to represent Vauxhall and Continental Star at Wembley stadium, as a England flag bearer in the game for England v San Marino.  And more recently tickets were supplied for some of the lads to go to the England under 21s v Sweden game, at Bescot Stadium. 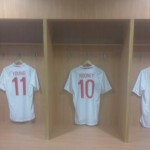 As part of the Vauxhall Youth Programme we are given tickets to local youth games involving England and England ladies; more opportunities in the future will arise to ensure all age groups of the Continental Youth teams can enjoy. 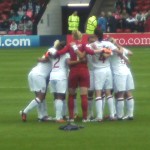 Vauxhall gave Mark the opportunity to complete his level one course recently at St Georges Park, where he was given the opportunity to stay on site and learn from the likes of Sir Trevor Brooking and Hope Powell.  These opportunities have enabled us to bond as a team and make an excellent start to the season.  Myself and Mark are looking forward to the rest of the season and working closely with Vauxhall, to gain any opportunities for the club that we can.