A Brief Documentation of the Joint Activities Realized by the Noel and Jacqueline Martin Foundation and Continental Star FC, 2010 – 2012 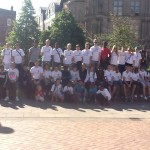 This year marked the first cooperation between the above organizations and at my request Lincoln Moses managed at very short notice to get a group of four young boys together who came over to Brandenburg with himself and Daniel Moses for a four-day trip focussing on 16th June, the anniversary of the neo-Nazi attack on Noel Martin that left him paralysed in 1996.

The boys stayed with local families and were given publicity by the local press. Especially impressive was the boys’ rendition of a rap song specially composed for the occasion ‘Don’t Judge me for the Colour of my Skin’ which they performed in public several times.

One highlight of the trip was a visit for breakfast to the restaurant in the German Reichstag building, where a member of the SPD parliamentary group came and joined the party at the invitation of one of the Brandenburg parents.

This year the Foundation was able to finance the visit of a much bigger party of youngsters from Birmingham: 16 boys and girls together with four adult guardians under the direction of Lincoln Moses participated in a joint holiday football camp run by the BSC Preussen 07 football club in Blankenfelde/Mahlow. The youngsters from both communities came together to play football and engage in other joint activities and thanks to excellent supervision on both sides the foundations were laid for further joint ventures in the future. 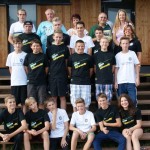 The primary aim of the Noel & Jacqueline Martin Foundation is to bring together youngsters from the two communities, Birmingham and Brandenburg, so as to promote better understanding between those of different races and to fight racist tendencies before they can take hold. The visit in July 2011 was a first-class example of this idea being put into practice. The camp attracted attention not only from the local press and TV, but also from the local mayor and officer responsible for integration. Again the Birmingham contingent had brought with them a especially composed anti-racist rap song, ‘Black is Black’, and again performed it on several occasions before the general public to great effect.

This year it is the turn of the youngsters from the BSC Preussen 07 football club in Blankenfelde/Mahlow to travel to Birmingham and enjoy the hospitality of Continental Star FC. Once again Lincoln Moses has been the prime mover behind this venture, without whom the ideals of the Noel & Jacqueline Martin Foundation could not be put into practice. After last year’s joint camp the youngsters from Brandenburg were full of enthusiasm to go on a return visit, and so a similarly sized party was soon assembled: 17 youngsters plus three adult guardians. The Noel & Jacqueline Martin Foundation once again covered the bulk of all costs involved in these activities, but we are also extremely grateful to Birmingham City Council for their constructive help in providing accommodation for the party and, hopefully, giving the youngsters a sign of their recognition that these joint ventures between the two communities are an invaluable contribution to better mutual understanding and towards breaking down barriers between young people of different races and cultures. 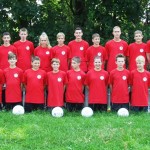 Noel Martin is a remarkable personality and a shining example of how one can overcome physical restrictions by the strength of one’s will and the powerful wish to get things moving even though he cannot move himself. He is an inspiration to all who know him and, we hope, also to the youngsters taking part each year in the joint ventures organized since 2010 so effectively by Lincoln Moses and Birmingham: Continental Star FC. If this year’s visit (23. – 27.07) is a success – of which I am very confident – I would like to think that we can look forward to further activities of this kind in future years which would serve to strengthen the ties between our two communities.

On behalf of the Noel and Jacqueline Martin Foundation

The impact of this ‘Cultural Exchange’ on the young people from the inner city of Birmingham is untold, though the impact on one of the young volunteers was to prove profound. [Read Casey’s Story.]

Continental Star worked tirelessly with the Noel & Jacqueline Martin Foundation and Birmingham City Council in 2012 to organise a Cultural Exchange for our German counterparts, here in Birmingham.

Here are the views of two of the German delegates:

“I think this Camp was a great experience for all people who had the chance to be a part of it.  First I was nervous and afraid of speaking English all the time, but the guys were so friendly to us and help us speaking. After two days it seems normal to speak English and was much easier. Sometimes after the camp I mixed German sentences with English words.  I had a great time and learned so much. It was a pleasure to see how German kids and English kids played together, laughed together and had so much fun together. I met so much great people with awesome characters and I’m very happy that I was part of it.

As the Coach of our club I learned how good these guys can play.  And in 2 friendly games we had no chances.  They are so fast and good.  I remember the night where my brother and some guys from Birmingham did a run from one side to the other side of the field.  I don’t remember who won, but I remember that all of them had a lot of fun.” 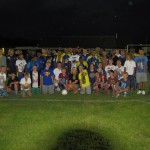 “It was a great experience to get to know those kids from Birmingham.  I think we had a lot of fun on the field and besides them as well.  Though it was a little challenge for us because of the language, but I think we managed that pretty good.  Overall, I really enjoyed the time we had together and hope that we will see us again someday!  By the way, I am still enjoying the song you made. GOOD JOB BOYS! ” 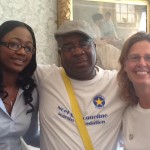 Continental Star’s Cultural Exchange programme is committed to breaking down the barriers that exist within society, in order to promote a greater understanding and appreciation of the myriad differences that make up our communities.  If you are able to help support this programme in anyway, please contact