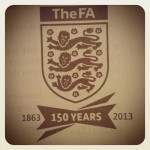 The English Football Association (FA) celebrates its 150th year this season with a series of events throughout the country to mark this momentous occasion.  Who would have said, that 150 years ago that this game would have reached all the four corners of the earth and become both the number one participation and spectator sport in the world.  In fact, some have dared to suggest that this beautiful game means more than life and death.  It is simplistic in nature but yet awe inspiring, encapsulating those who get caught up in it, yet leaving many of those who do not understand or appreciate its beauty to wonder on incredulously.

Football has for some become a social dichotomy where in some parts of the world it has (at least for 90 minutes or so) crossed the social divides of class, gender, politics, religion, race, etc. being both able to unite and divide people at the same time.  Regrettably, in some instances it has become a platform for those wishing to convey their often, extreme ideologies.  However, whenever this occurs there have always been those prepared to challenge these views head on: the Kick it Out and the Respect campaigns to name but two. 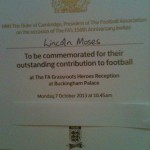 Continental Star FC is also celebrating its 40th year and like the FA, the founders of Continental Star (formerly Villa Star) did not realise the impact that the club would have on the inner city areas of Birmingham and beyond.

Continental Star FC is part of the English FA’s rich tapestry; its history is a significant part of the English FA’s history at grassroots level.  The obstacles both on and off the field of play that Continental Star have overcome on their journey has created opportunities for many young people beyond the realms of football itself.  So when General Manager: Lincoln Moses, MBE was invited to the FA’s 150th Year celebrations at Buckingham Palace, in October 2013 all those involved with Continental Star FC, past and present saw this as an acknowledgement of the hard work being done by all those involved at the club. 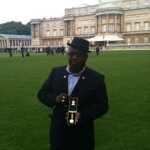 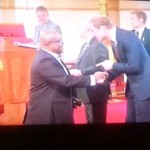 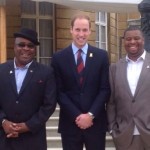 On behalf of all the players, volunteers (all of whom give their time and efforts freely,) and parents at Continental Star FC past and present we would like to wish the FA continued success.