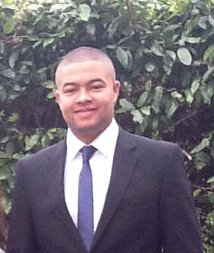 In 2004/2005 I met Daniel Moses at college and struck up a very strong friendship with him very early on. Soon he invited me to come down and train with the Continental Star under-19 team. Getting involved with Star and being around the club environment gave me an insight into a different type of person from the areas that I grew up in, a more positive role model than the majority of the role models I was aware of in my community. The first of these was Daniels’ dad Denvile ‘Deno’ Moses, a strong and positive man who gave so much to his family and his community and worked hard for what he had.

When the opportunity arose for me to coach alongside Daniel, it was positive role models like Deno that I aimed to emulate, and while I was coming in as a coach my main focus and reason for being involved in the club was to gain the privilege of being in a prime position to affect the mind-sets of youths from communities and backgrounds like mine. At this point I was just coming out of years of being involved with local gangs, crime and a long line of dramas and problems. I hoped (and still do) to be able to help others avoid the problems that I have seen, and learn from my mistakes and successes.

I have now been involved with Star for 7 years, working closely with Daniel as his assistant coach with a team that is now the U-16 team, as well as working with a number of other age groups and projects at the club. My vision going forward as part of this fantastic establishment and my driving passion is to use my position as a vehicle to boost the social and personal awareness of those youths that I work with and in turn help them to spread this further into our community. My goals are not necessarily in tune with what you would expect from the average person in my position in the average football club. From my perspective my success or failure at Continental Star will not have a football basis. I would rather every member of my team grow up to have a steady job and be a positive member of their community, than 90% become professional footballers and 10% fall into crime and live a life of problems! Helping these young boys grow into self-aware, socially conscious and responsible young men is what I want as my legacy at continental; and it is what continental Star will always be about to me!

From my rocky start I have grown, to be a socially conscious, self-aware and responsible young man, I have achieved a degree, qualified to be a teacher and started studying for my Masters. I am currently a teacher in a Coventry school. The positive role models who engaged me when I first got involved with Stars are on my list of people and factors that helped me to get to where I am. In years to come I want the young people I am working with now to add me to their list of factors that drove them to success.