Two years ago a Continental Star’s Under 10 player failed to make a big enough impact when he went on trial. Most people would have been despondent, but Aurio is made of stronger stuff than most. Determined to prove people wrong he got his head down and began working on improving his overall game. “…every moment shared with him was a pleasure and he has become part of the family…” Melanie Judd: Continental Star FC Coach. 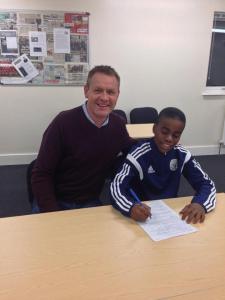 Everyone at Continental Star wish Aurio every success, and we will be watching his progress towards the first team closely.