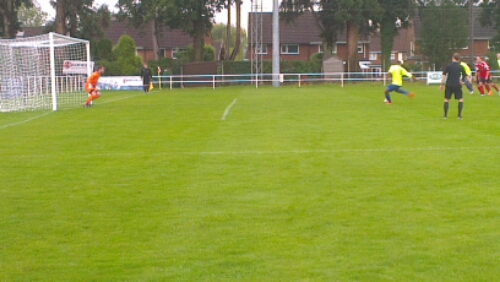 Star’s search for their first league win of the season continues.  Two stunning free-kicks either side of the half, converted by Wulfrunians’ number 10 put the home side into the a comfortable lead that they never looked like losing, even after the aforementioned player was sent off for a deliberate stamp on Star’s keeper.

Star huffed and puffed but allowed the opposition to dictate the pace of the game, even when they went a man down.  Several changes to personnel were made by Star, and this didn’t help matters. But Star’s players have to become more clinical in front of goals, if they are going to begin to to turn things around.