U18s prove too strong over the two games

Yesterday saw the U18’s take on King Heath Sports in a double header which would determine if we still had a chance to do the double and with the hunger of the squad it seemed nothing but certain.

Game 1: the game started off on a high as we started to control the game with our unique passing and it was surely proved a treat as it took our 1st goal to come in an instant and this can from our man in form Sim who made a great run and calmly dispatched the ball in the back of the net, but we didn’t stop there as the unstoppable play of Jahayne on the right wing led to us getting a second goal; he was causing the left back marking him nothing but problems.  As the 2nd half played we felt that we were starting to get unlucky spells in our own half as the strong wind prevented us from continuing what we started in the 1st half; the opposition to take advantage of this, but it didn’t prevent us from keeping our heads up and working together to get out of a sticky situation.  Unfortunately, Kings Heath were due a lucky break as we switched off momentarily and this led to us conceding – but this only made us stronger as we continued to fight for each other.  This proved to be vital as this allowed Sim to get his second goal of the game thus ending the 1st game of the two 3 – 1 in Star’s favour.

Game 2: As the 1st game had ended it was time for our final match which proved nothing but vital to our league campaign and as we felt the strong wind still in the mist we felt it would make sense to play against it in order to put ourselves in the driving seat for the 2nd half. The game kicked off and as we expected we had a challenge on our hands with both the wind blowing viciously and Kings Heath coming at us with all they had.  It proved profitable for them, as once again we shut down as a team and this allowed them to take the lead from a player crossing the ball in the box straight away from a throw; their striker capitalised on this, nodding the ball in and putting us a goal down.  We kicked off with our heads slightly dropped knowing how important the game, we weren’t playing well, but thankfully we didn’t allow Kings Heath to create any more chances.  As we slowly started to realise we were still in the game we began to control the game once more, but not capitalising on our chances.  The half ended with us being 1-0 down, but we were grateful for the whistle.

The 2nd half got underway and after a strong observation and team talk between ourselves and the managers: Aaron and Skits, we realised what we needed to do and how we needed to do it.  Our second half performance demonstrated that what was said at half-time had sunk into our heads.  Great attacking play by Junior led to a free-kick being awarded.  The ball was placed down between Lemaar and Jojo, and to everybody’s surprise, it was Jojo who not only took the free-kick, but he struck it all the way home from a tight angle.  This not only got us back in the game, but gave us a deadly amount of confidence that Kings Heath were surely intimidated by, as they once again struggled to cope with Jahayne, who was a constant threat; he was rewarded by his efforts when he stroked the ball into the open net from a well worked cross by Jojo, who had dropped into the number 10 role due to Sim being subbed.  As the game went on we didn’t sit back, we continued to dominate and this led to us nearly getting a third, but unfortunately it didn’t come and this resulted in us winning 2-1.

I just want to say well done to the lads as we continually worked hard despite it being an early kick off but this didn’t affect us at all as we proved morning or afternoon games we can still dominate opponents.  This result leaves us with a few games left and our final on the 28th of this month which is an 11:00 am kick off.  All support would be much appreciated as we were delighted to have as much people as we did for our semi final. 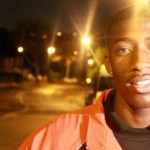