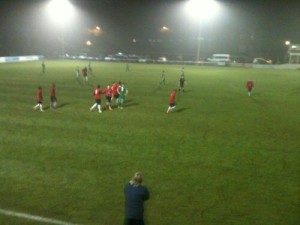 A superb comeback saw Continental Star progress into the next round of the Birmingham Senior Cup, at the expense of Evo Stick Southern Premier Division side Bedworth United, at the Oval Ground.

The hosts took the lead after 13 minutes when a shot from Aaron Donaldson beat Star keeper Gavin Ellis at his near post and rolled into the net.  Six minutes later Bedworth scored their second of the night; Ellis produced an excellent save from Donaldson, but the resulting corner taken by Tom Byrne was met by Bedworth’s Loysio Recci, who rose above the Star defence to powerfully head the ball into the bottom left hand corner of the net.  The visitors were given hope in the 36th minute of the game when Ibrahim Benjamin tapped the ball into the empty Bedworth net following a mix up between keeper Haywood and defender Dean.  But 3 minutes later the host restored their two goal advantage when Donaldson scored his second of the half, taking advantage of slack marking by Star, to smash the ball from the edge of the box past Ellis into the bottom left hand corner of the net.

The second half started with Star out-performing their host with quick, slick passing and moving, and a high tempo press whenever they lost possession of the ball. Star were rewarded in the 56th minute when a ball over the top by Daniel Holgate was latched onto by strike partner Rikardo Reid, who outpaced Ian Roper and Nathan Haines in the Bedworth defence and then from the edge of the penalty box he calmly chipped the ball over the advancing Haywood into the empty net.  Star now had their host on the back foot and up against the ropes.

In the 67th minute, an excellent run into the box by substitute, Lewis Wright, culminated in him playing a pinpoint ball across the Bedworth six yard box into the feet of Daniel Holgate who neatly turned and hit the ball hard and low into the bottom left hand corner of the net. 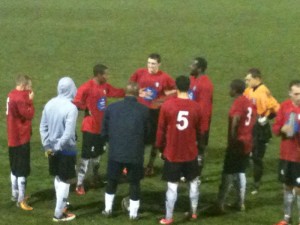 With the score all square after 90 minutes, we headed for extra time.  Star continued where they had left off, out playing their host.  And after 102 minutes Star took the lead for the first time in the tie with the Bedworth defence looking tired, ragged and a man down, due to Roper going off injured, and them having already used their allotted substitutes; Tony Green Volleyed the ball past the outstretched hand of Haywood into the bottom right hand corner of the net following an excellent build up between midfielders Davion Hamilton and Franklin Hazell.  The host pressed hard for an equaliser, but Star held firm and in the 115th minute, Hazell, hit a 25 yard pile-driver past the hapless Haywood and into the net, to cap off a magnificent comeback from the visitors: a real never say die performance full of skill, spirit and determination.

Star return to league action this Saturday 27th October when they travel the short distance to The Tipton Sports Academy to face Tipton Town K.O 3 pm 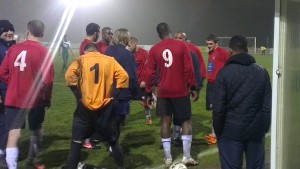