The tale of the two Daniels

Star entertained Castle Vale today at home in the league. Watching on from the bench, it looked a fairly even game until Relly put us 1-0 up with a Henry type finish, after about 10-15 minutes.  From then on Castle Vale dropped their heads and allowed us to dominate the possession and chances; with Daniel Moses scoring a wonder goal straight out of FIFA: with a two on one situation in our favour, he decided it was appropriate to float the ball into the top corner from almost 40 yards out; it was literally, the best goal I’ve seen at this level lol.  Relly then made it 3-0 before the half ended (it looked like it was game over already).  Not satisfied, we carried on threatening, with Anton hitting the bar from 35 yards out!

The second half brought no change in terms of a threat from the opposition, and we started to make use of Wes’ half time advice: to be more direct in our chance creation.  It seemed to work wonders, with Bones soon making it four with an Arsenal type cut back into the box from out wide, and Tre getting there before Lemar to score an identical finish to make it 5-0 (Lamar didn’t seem too pleased lol).

Deno then decided it was time for me to make a 25 minute cameo after a couple months out. Similarly to Tre and Bones’ goals, JR cut the ball back to me for me to score with my 1st touch to make it 6.  Moments later Anton cut it back again to me to make it 7!  After a couple of missed opportunities, (including Lamar’s attempt to round the keeper, who was on his line; his  shot hit the post from only half yard out) we started to ‘play with the handbrake on’ and we became complacent.  This didn’t last for long, as we soon got back into our normal game.  However, after good work on the left, Sol crossed the ball to me on the edge of the area, and I swivelled and volleyed it into the bottom corner to make it 8-0.  Great game to start off the year with, and hopefully we can carry on in the same form. 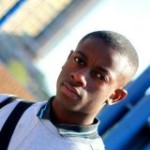