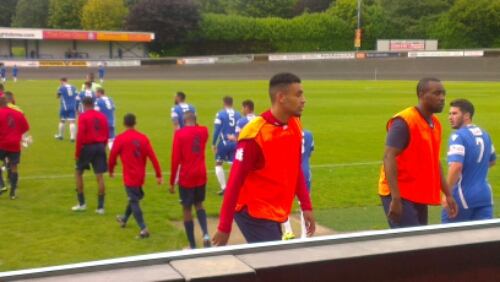 Star’s FA cup journey came to an abrupt end today as they visited Newcastle Town.
Star were without some of their key players, and in fact the entire back four were playing together for the first time, and it showed at times. Jordan, returned in goal and kept Star in the game with a series of fantastic saves. However, Star ran out of steam and began to give Newcastle far too much time and space; Newcastle duly took advantage of Star’s generosity and rapped up the game early in the second half when they scored from a counter attack.
Star have some talented youngsters who will need time to bed in, and the support of the senior players. But football can be a cruel game at times and these youngsters may need to grow up fast.
Newcastle Town 4 v Star 0