In a week where Manchester United’s Ryan Giggs is poised to play his 1000th senior professional game, Continental Star’s U16 player, Shaquille, makes his 1st team debut in a 2 v 2 draw against Rocester in the Midland Football Alliance. 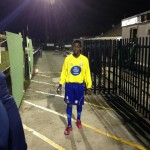 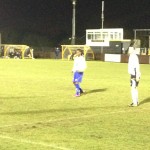 “He’s a hard working, talented player who wont be phased by this all, and will take it all in his stride.” said his U16: coach Daniel Moses.

“This is an example of the youth system at Continental Star working; there is no doubt that Shaquille has a promising future.” Lincoln Moses: General Manager